Today (1st January 2020) Leisa Stokel takes over as secretary of CTRF.  She will also continue as trustee for the North East and Cumbria, based half way between Durham and Newcastle upon tyne..  We the CTRF team wish Leisa well in her new role and thank her for agreeing to help our charity in this way. 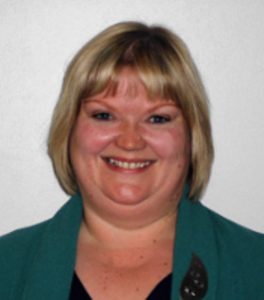 “I have always supported the CTRF as a Friend, but wanted to become more involved with the charity, not only were they always on hand with help and advice if needed over the years; but also because as a small volunteer led charity with no overheads the money raised and donated goes to helping Cairns in need and not on administration and running costs. Having been a trustee for a couple of years I was approached to take over as Secretary for the charity when Chris Roberts retires at the end of 2019.

Chris is an impossible act to follow and will leave very big shoes for her successor to fill. I’m delighted (and very relieved) that she will continue to serve as a trustee rehoming dogs in the Midlands (which can be almost a full-time job in itself at times) and that she will be on hand for advice and to keep me on the right track when I take over at the end of the year. The only fitting way to end my introduction is to attempt to express in words the extent of my gratitude to Chris for her years of service as Secretary, my admiration for all of her work over the years in rehoming Cairns and for allowing me to adopt the Honey Monster which ultimately led to me writing this article ( see below ) today. I wish her and Phil very best wishes for 2020.”

We asked Leisa to tell us about herself, her history with Cairns and what had been her reason for becoming involved in Cairn Rescue:

“I got my first dog, a Cairn puppy, for my sixth birthday. If I’d had my own way it would have been much earlier than that, but it had taken me a good two years to persuade my parents that wanting a puppy wasn’t just a passing whim.

We got a Cairn by fluke, my father’s stipulation was that it needed to be hardy, robust and small as we spent our holidays caravanning and sailing, my mother was never keen to have the same thing as anyone else, which discounted Westies and Yorkies; so a Cairn was identified as our new family pet and I have never owned any other breed since.

My first childhood Cairn was Kim (Foxgrove Jonjo). For the Cairn Club member readers, I’d not realised till I dug out his papers for this article to check his KC name that he had such a strong Blencathra pedigree, so I’ve loved seeing the old photos of Mrs Drummond and her Cairns on Facebook, thank you. Kim was, to put it politely, very feisty and we had to issue ongoing warnings not to corner him or approach him from the back, or to touch him without his prior ‘agreement’. With me he was a biddable sweetie and I adored him faults and all. My abiding memories are of him and my father having regular stand offs in the caravan when he had sneaked out of his basket to try and get into bed with me. Neither would ever concede defeat first and my father’s toe still bears a scar from one such stand off nearly 40 years on!

In 2004 I was looking for a new Cairn and approached the CTRF about potential rescue dogs. I was after a 6 year old male, or so I thought, as in my mind that was the key age for them settling down and we’d always had dogs over bitches. Chris Roberts contacted me to say they had an 18 month old bitch and was I interested. I always remember Chris saying to me that she wasn’t a good-looking Cairn, which was a very kind assessment, but it was love at first sight, for me at least, and we went home to get better acquainted. Honey had been sold a couple of times and had already been returned to the CTRF after an unsuccessful trial period due to resource guarding issues. After a brief incident on the first evening we quickly came to a mutual understanding that I knew exactly what she was up to and had played that game many times before. I could see very quickly how she had had several owners as not only was she bossy, she just wasn’t a good family pet, in so much as she didn’t like being outdoors, she didn’t play, just about tolerated affection for food but never ever sought it out, could take or leave a walk, wasn’t keen on people or other dogs and in short just wasn’t any fun to have around.

She had not been socialised well as a puppy and it took a lot of time for her to be relaxed around other dogs, I will always be grateful to the Melton Mowbray Dog Training Club for putting up with us, even when Honey disagreed with one of the APDT trainers own dogs, who was fortunately also a close friend and colleague. She complied with expectations for roughly half of the dog training session until she had eaten as much chicken as she wanted, then she became deaf and completely immobile, they had never known a less biddable dog, I was torn between frustration and embarrassment and sheer admiration for her intelligence and stubbornness.

Honey also got herself a reputation as a “Baby Biter” from Chris Roberts at the first Leicester fun day we went to when she couldn’t resist the temptation to try to terrorize each pup as it passed her on the Puppy Walk. I think she saw it as the conveyor belt of prizes, Generation Game style, or one of those sushi restaurant conveyor belts, but as with all her other foibles, it was nothing that time, consistency and hard work couldn’t significantly improve, as is the case for the majority of our rescue dogs.

As I tell all of my potential adopters, Honey was certainly not the dog I was looking for, or thought I wanted. However, she was the right dog for me and I was the right owner for her, fate and Chris Robert’s clever matching brought us together and when you get that pairing right, even dogs who come with issues can be happily and successfully rehomed for the rest of their lives. She was with me though the hardest moments of my life and was my rock, knowing the exact moment to sit almost touching me and give me one very brief lick to my hand, the equivalent of being jumped on, licked to death and battered by a waggy tail for most cairns; that said she is the Cairn I miss the most, though I’ve loved and adored them all.

The idea that rescue dogs come with issues is, in my opinion, a complete fallacy, my Cairns I’ve had as pups have their foibles and individualities too, that’s why I love the breed. As well as the Honey Monster (as my vets called her) I have known lots of Cairns who came with no issues and had been rehomed due to changes in their owners lives as opposed to anything they did or did not do. One of those, Eric, was known in our family as the Carling dog as he had no faults, so much so that one became a PAT (Pets as Therapy) dog, working until he reached PAT dog retirement age. “