Remember David Morgan who was taken on a walk along Hadrian’s Wall by faithful companion Dougal to raise funds for the C.T.R.F.?

Hadrian’s Wall Path Walk stretches 84 miles coast to coast across England. During September 2016 Dougal, who is Dave’s Cairn Terrier took Dave along this path to raise funds for Cairn Terrier Rescue in memory of his two CTRF boys Mr Rusty and Bobby who both passed away in 2014

Well, he’s been fundraising again and in the last year has raised the magnificent sum of £400 for the C.T.R.F.

Eighteen months ago Dave was a failed foster for Monty who insisted that he wanted to present the cheque as he’s so photogenic, so John, our Trustee in that area went to collect it.

Once again, our grateful thanks to Dave. 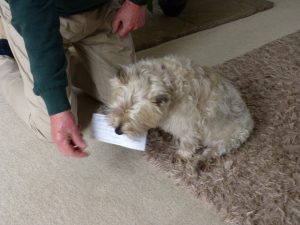 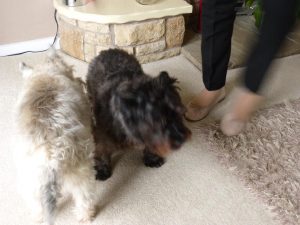